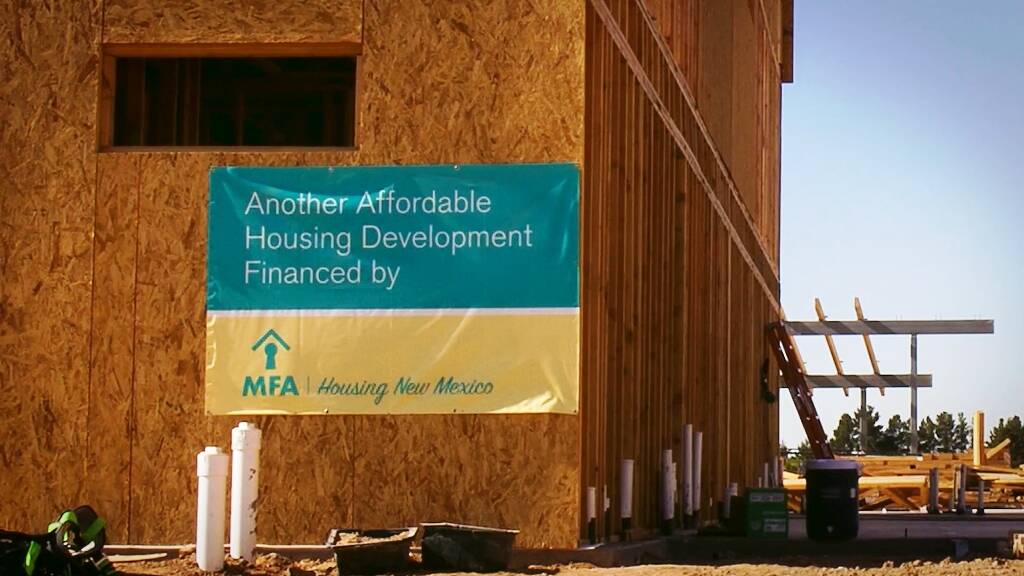 In 1997, MFA took over all of the state’s housing programs, including the Low Income Housing Tax Credit Program. MFA also became the primary recipient of federal HOME. Having the LIHTC program and HOME funding allowed MFA to finance millions of dollars in housing construction and rehabilitation projects every year. MFA was also now responsible for homelessness prevention and assistance programs, weatherization, special-needs housing and rental assistance programs.

In 1997, then MFA Executive Director Jim Stretz and the board of directors saw an opportunity for MFA to expand its scope of work by increasing the amount of federal funding coming into the organization. Stretz worked with Sen. Joseph Fidel of Grants and Sen. Ben Altamirano of Silver City to request a transfer of the Low Income Housing Tax Credits program and HOME funding from the state's housing department to MFA during the 1997 legislative session. The legislation passed, but, inexplicably, Gov. Gary Johnson then line-item vetoed the transfer.

Within a few days of the veto, MFA board president Jon Word and MFA's legal counsel, Bruce Wiggins, arranged a meeting among themselves, Stretz and the governor. The three explained to Gov. Johnson how transferring the programs to MFA would save the state money and streamline the process of creating and preserving affordable housing.

Their pitch must have been amazing, because not only did Gov. Johnson reverse his veto, he made the decision to transfer all of the state’s housing programs to MFA . The new programs made MFA responsible for homelessness prevention and assistance, housing special populations, rental assistance and energy efficiency upgrades as well as the originally requested tax credits.

By July 1, 1997 – less than four months after Gov. Johnson signed an executive order making MFA the state’s housing finance authority – MFA had successfully incorporated all of the new programs while keeping its regular operations going. Records show that more than $1 million in administrative costs were saved in the first year alone.