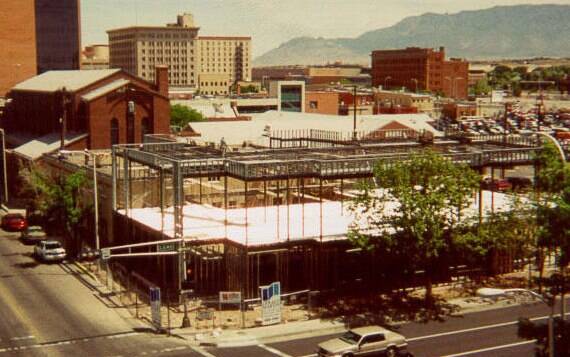 MFA’s 1997 program expansion meant more staff and a need for more space. A 13,000 foot addition was built in 2000. In years following the renovation, the State of New Mexico passed several pieces of legislation that significantly expanded MFA’s role as the state’s affordable housing leader.

In the late 1990s, MFA began a period of significant growth, which lead to a massive remodel of the building in 2000. Basically, a whole new two-story building was constructed to the south into the existing parking lot and to the east into PNM’s pumping station that MFA had acquired. More than 13,000 square feet of space was added. The entrance was again relocated, this time to face Third Street, but the mailing address remains 344 Fourth Street.

But the building wasn’t the only thing expanding. In 2001, MFA’s Asset Management Department was formed. MFA’s asset management staff conducts compliance audits and physical inspections for 18,240 affordable units at 277 apartment communities across the state. The department also processes approximately $32.6 million in project-based Section 8 rental assistance for 5,230 low-income households every year.

In 2004 and 2005, the state legislature passed several pieces of legislation that further expanded MFA’s role as the state’s affordable housing agency: