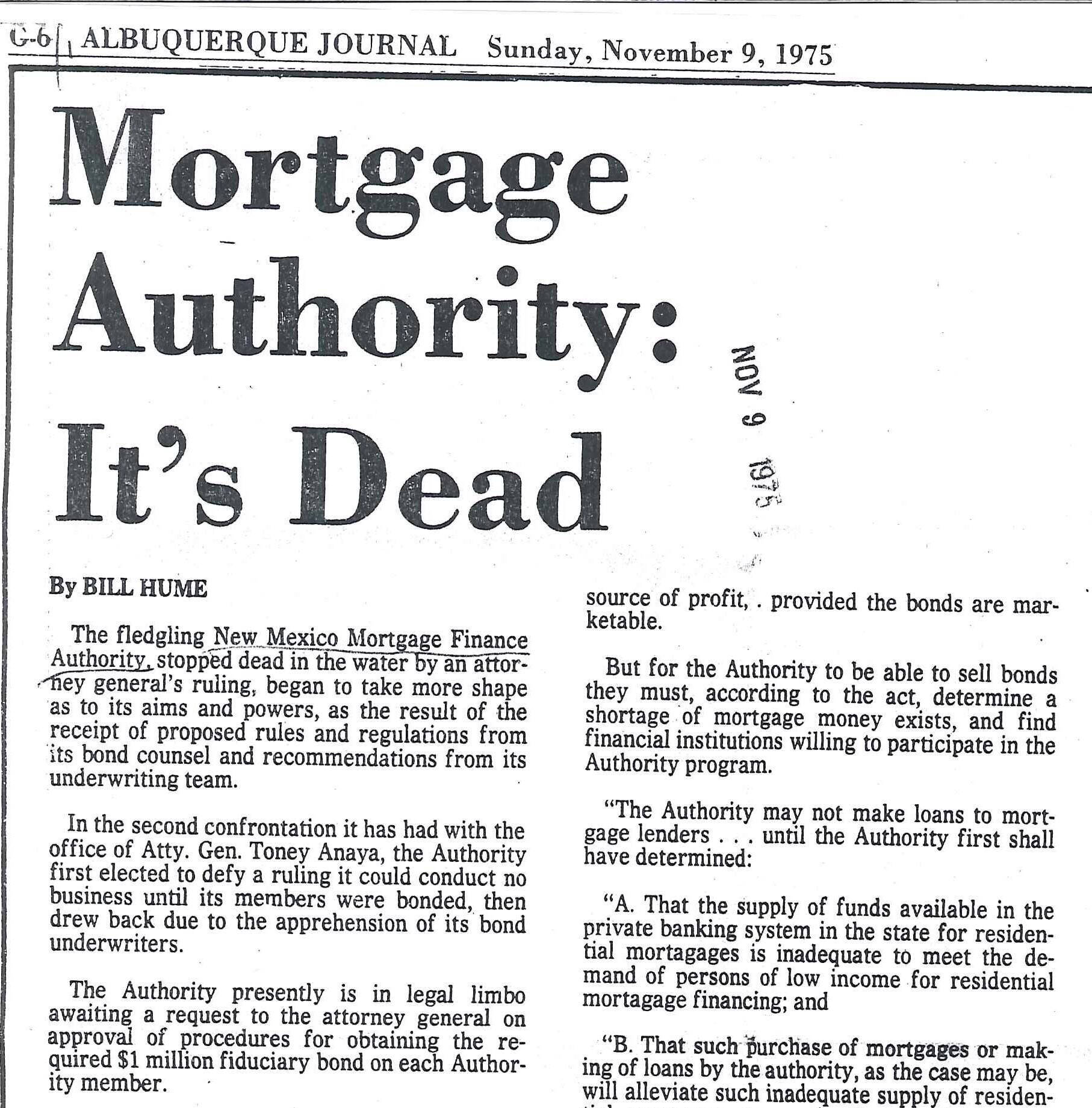 1975 Albuquerque Journal headline that galvanized members of the fledgling board to take out personal loans to get MFA launched. Because all funding had been stripped out of the bill that formed MFA, staffing was light and sporadic. Board members did much of the work.

But the battle to create a housing finance authority had just begun. The State’s Attorney General at the time launched an all-out effort to stop the bonding process, which was crucial to MFA’s mission to provide affordable mortgage loans to low-income New Mexicans. There was also wrangling over if MFA was a state agency and, therefore, required to comply with the state budgeting law and personnel act, and dust-ups over the open meetings act requirements, all of which was covered closely by the press. The attorney general ultimately ruled that each MFA board member, of which he was one, had to post a $1 million bond “to guarantee faithful performance of their duties.”

Former lobbyist Toby Michael was the president of the fledgling board. “We had every problem under the sun,” Michael said. “ I used to dread going to the meetings.”

It was a headline that ran in the Albuquerque Journal announcing “Mortgage Authority: It’s Dead” that galvanized Michael and two fellow board members, Felix Briones and James O’Conner. The three decided to take out personal loans to get MFA off the ground.

“There was a feeling we would never be able to make it work,” Michael said. “That’s when we got really motivated and borrowed the money.”