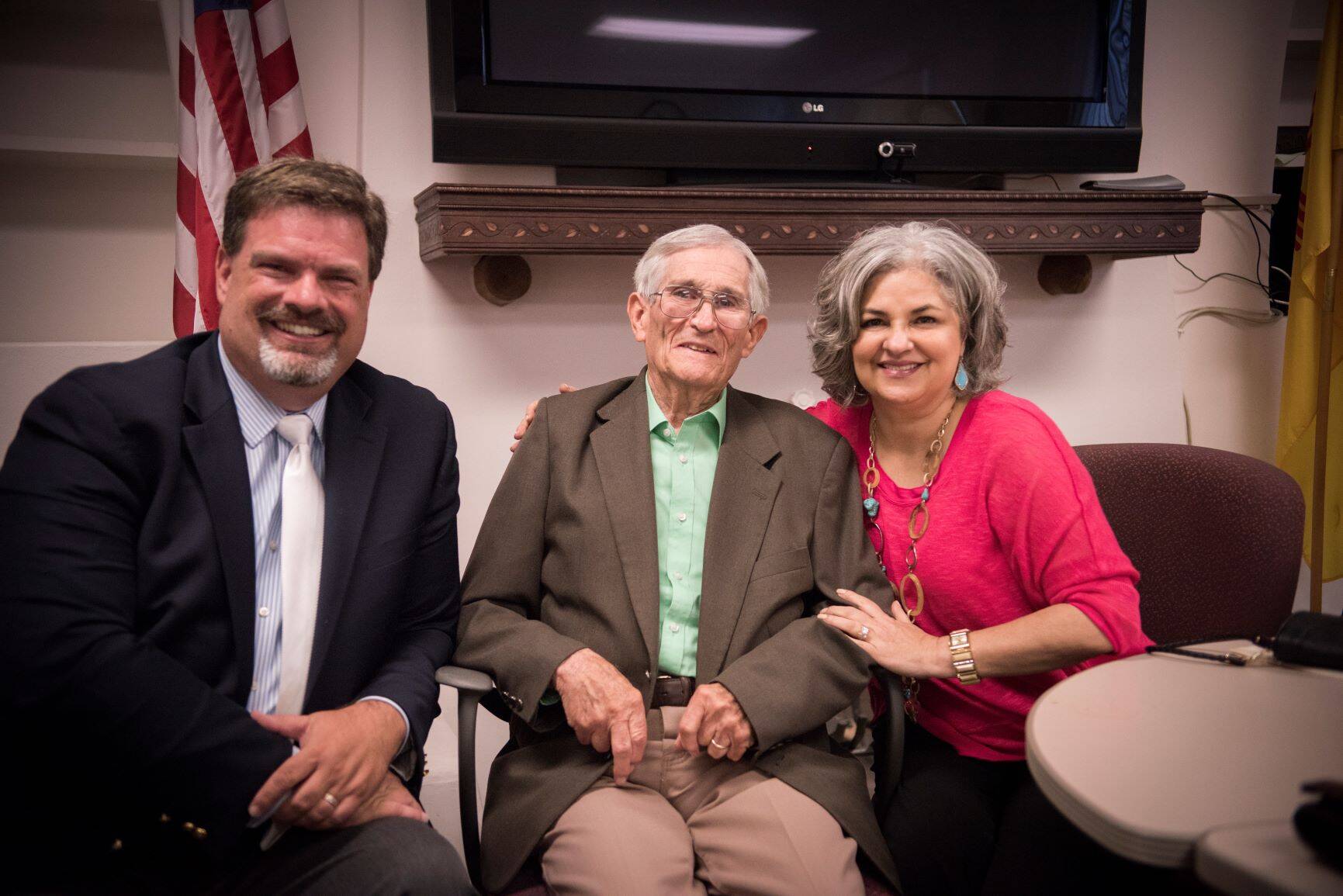 The late Bill Fowler, center, founder of Suburban Mortgage, center, was one of the first mortgage lenders to use MFA’s bond money to help low-income families buy homes. He is pictured with his son, Alan Fowler, whose former company, First Mortgage, is also a long-term supporter of MFA. Dolly Azar, one of MFA’s first employees, is pictured at right.

The oversight committee did work diligently with MFA’s board. In addition, MFA got support from four New Mexico banks that put up letters of credit for its bond issue. With everything finally in place, MFA executed its first bond issue in December 1976. That $20 million bond sale was followed by another $38 million bond sale in June 1977. MFA was officially launched.

Bill Fowler was with New Mexico Savings and Loan when it issued MFA's letter of credit. Soon after, Fowler began Suburban Mortgage in Albuquerque, which was one of the first mortgage lenders to use MFA's bond money to help low-income families buy homes. "My dad's staff at Suburban could get the money out the door and into the hands of first-time homebuyers quickly," son Alan Fowler said.