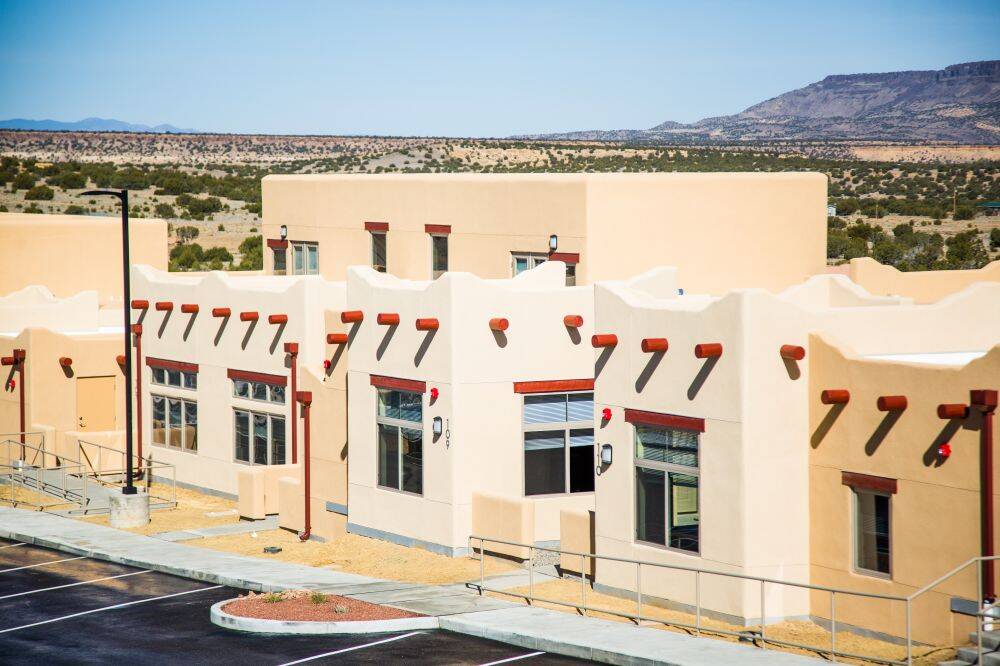 Pueblo of Acoma Housing Authority (PAHA) plans to build a 30-unit multifamily residential development on the Acoma Indian Reservation in Pueblo of Acoma, N.M. In addition to 30 townhomes, the ADA-accessible development will include a community building, basketball court and playground areas.

Travois designed the development. PAHA worked closely with Travois to ensure the development’s architectural design remained true to the Pueblo’s traditions and culture. According to the company’s vision statement, Travois “strives to improve the lives of indigenous peoples by providing the tools and resources to create healthy, affordable and sustainable communities.”

Travois vice president for affordable housing, Bryan Schuler, praised PAHA’s upcoming development, stating, “From project conception, PAHA has been focused on its goal to provide housing and economic development opportunities to its community in a smart way. We are proud to partner with PAHA on this important project."

Construction on PAHA’s second development is set to begin in April 2021.