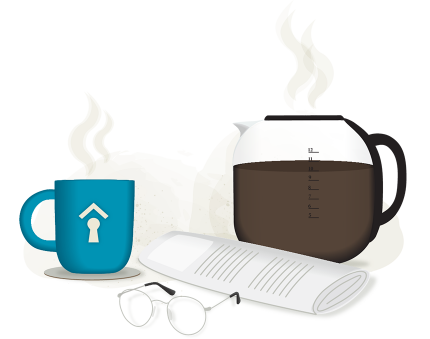 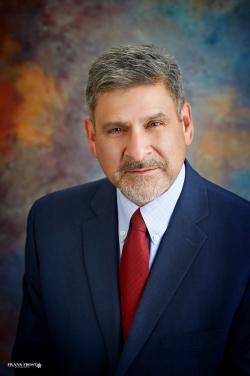 Isidoro “Izzy” Hernandez has been a part of the New Mexico Mortgage Finance Authority since 1992 when he was hired as the organization’s management trainee. Over the next 27 years, Hernandez worked in every area of the organization and held a variety of positions including the director of single-family programs and the community development department as well as the deputy director of programs.

In December 2019, Hernandez was named as MFA’s sixth Executive Director/CEO, bringing a wealth of experience and institutional knowledge to the position. In addition to his work at MFA, Hernandez served in the New Mexico Army National Guard for 32 years, retiring as a colonel in 2016. He attended the Senior Service College (aka War College), had two deployments and commanded as many as 1,000 soldiers at the brigade level.

A native of Dexter, New Mexico, Hernandez has a bachelor’s degree in finance and real estate from New Mexico State University and an MBA from Touro University International. He is married to Melinda, and they have six children and eight grandchildren. 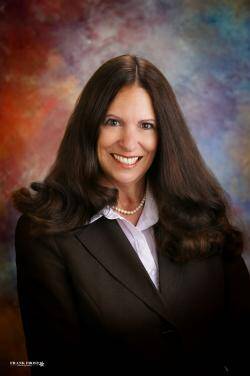 Before coming to MFA, Maestas-De Vries was a director and tribal liaison for the New Mexico Taxation and Revenue Department. Prior to that, she worked at the state’s Department of Finance and Administration as acting director, deputy director and equal employment opportunity officer. She also served for three years as the senior public lending officer for the New Mexico Finance Authority.

Maestas-De Vries worked for more than a decade in commercial real estate in California before coming to New Mexico. She was also the project manager for a large multifamily development project in San Diego. Maestas-De Vries earned a bachelor’s degree from the University of California, San Diego with a major in psychology and minors in physics and mathematics. 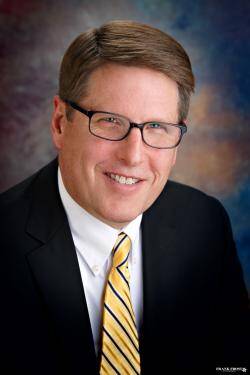 Jeff Payne was hired as MFA’s Senior Director of Homeownership in 2017 following a 30-year career with Wells Fargo Home Mortgage. In 2021, Payne was promoted to the newly created position of Chief Lending Officer where he oversees MFA’s Homeownership, Secondary Market and Housing Development Departments.

As assistant vice president and branch sales manager at Wells Fargo Home Mortgage, Payne managed a team of home mortgage consultants throughout Northern New Mexico, including Albuquerque and Santa Fe. A native New Mexican, he has served on the board of directors of the Greater Albuquerque Habitat for Humanity from 2015 to 2018. Payne earned a bachelor’s degree from Brigham Young University. 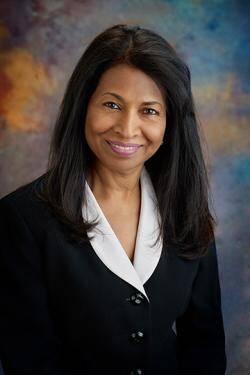 Lizzy Ratnaraj was hired as MFA's Chief Financial Officer in February of 2022 to oversee the organization’s assets and all activities within the finance division, including the finance, servicing, and accounting departments. Ratnaraj also works directly with the executive leadership team to advise on organization-wide policy development and oversee all external audit processes.

Ratnaraj has nearly a decade of experience managing finances, compliance, and collection for large-scale organizations and previously served as CFO at New Mexico Legal Aid and The New Mexico Department of Finance Administration. Ratnaraj also served in the New Mexico Taxation and Revenue Department, where she first started as an Auditor and was progressively promoted to Director of the Audit and Compliance Division.

Ratnaraj holds a Bachelor of Science degree from the University of Madras and a Master of Business Administration degree from New Mexico Highlands University. Ratnaraj has also been licensed as a Certified Public Accountant (CPA) since 2011. 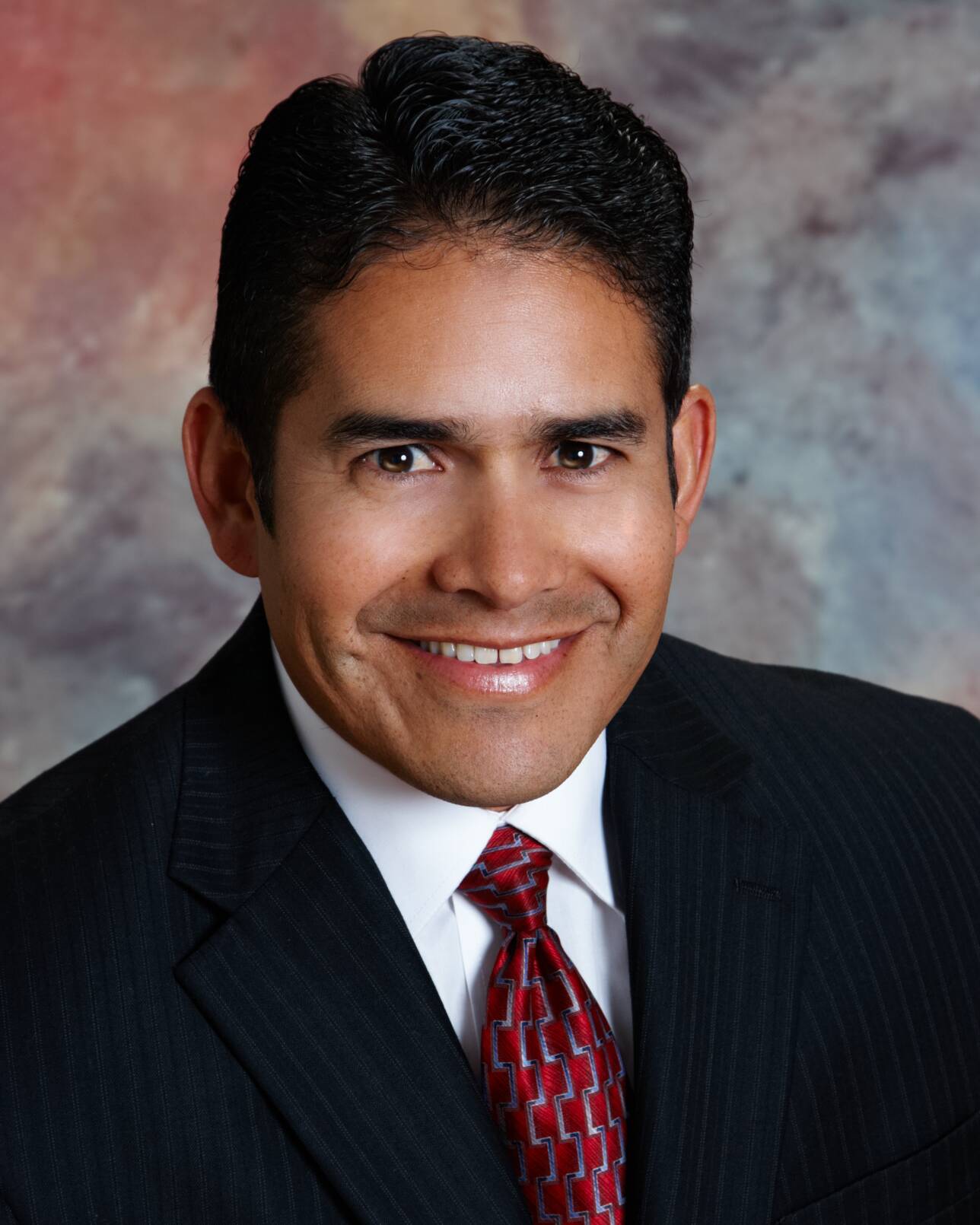 Angel Reyes has been the president of Centinel Bank of Taos since 2003. Prior to that time, he served as the bank’s chief financial officer for five years. Born and raised in Taos, Mr. Reyes graduated from the New Mexico Military Institute as the ranking cadet. He completed undergraduate studies at the University of New Mexico’s Anderson’s Schools of Management and received his graduate degree from the Graduate School of Banking at the University of Colorado. 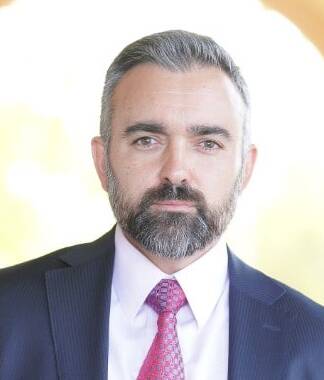 Raul graduated from Harvard University, went on to receive a Master's Degree from the London School of Economics and attained his law degree from Stanford University. Raul was born and raised in Albuquerque, where he currently lives with his wife, Nasha, and their two children. 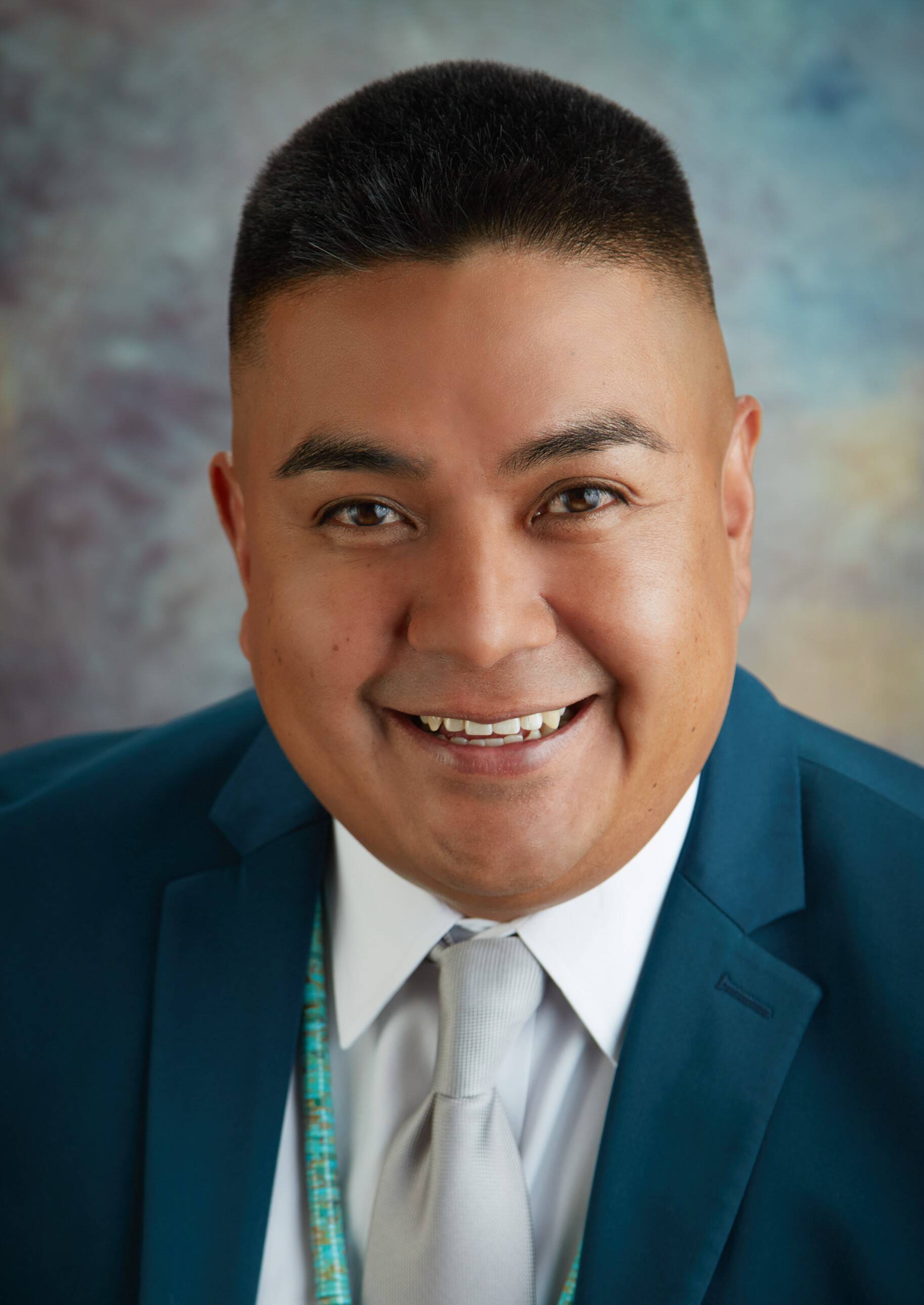 Derek Valdo has been the chief executive officer of AMERIND Risk since 2012. AMERIND Risk is the only insurance company that is 100 percent tribally-owned. An enrolled member of Acoma Pueblo, Mr. Valdo served for 14 years as a tribal councilman. Mr. Valdo has a bachelor's degree in economics with a minor in management from the University of New Mexico. He serves on the boards of the UNM Anderson School of Management Foundation and the United Way for Central New Mexico. He previously served as chairman of the Acoma Business Enterprises Board of Directors. 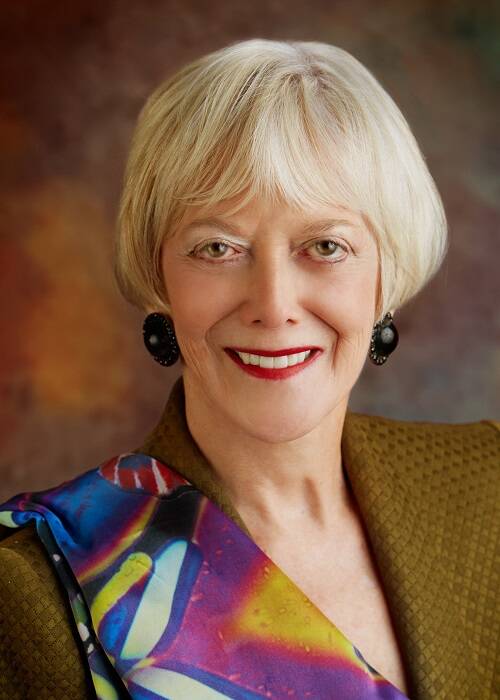 Dr. Rebecca Wurzburger is a strategic planning consultant and award-winning builder. She is also an internationally recognized leader in the creative tourism field and was instrumental in the formation of the UNESCO Creative Cities program. Dr. Wurzburger was a Santa Fe city councilor for 12 years and also served as mayor pro tem. Prior to that, she was the director of the University of California’s Criminal Justice Planning Institute and developed homes for first-time homebuyers in the Los Angeles area. Dr. Wurzburger also served as the construction manager for the Santa Fe Chapter of Habitat for Humanity’s Casas de Escudero project and co-founded the Habitat for Humanity’s Women Build Program. Born in Tupelo, Mississippi and the only member of her family to graduate from high school, Dr. Wurzburger holds a master’s degree in social work from Washington University in St. Louis and a Ph.D. in public administration from University of Southern California. 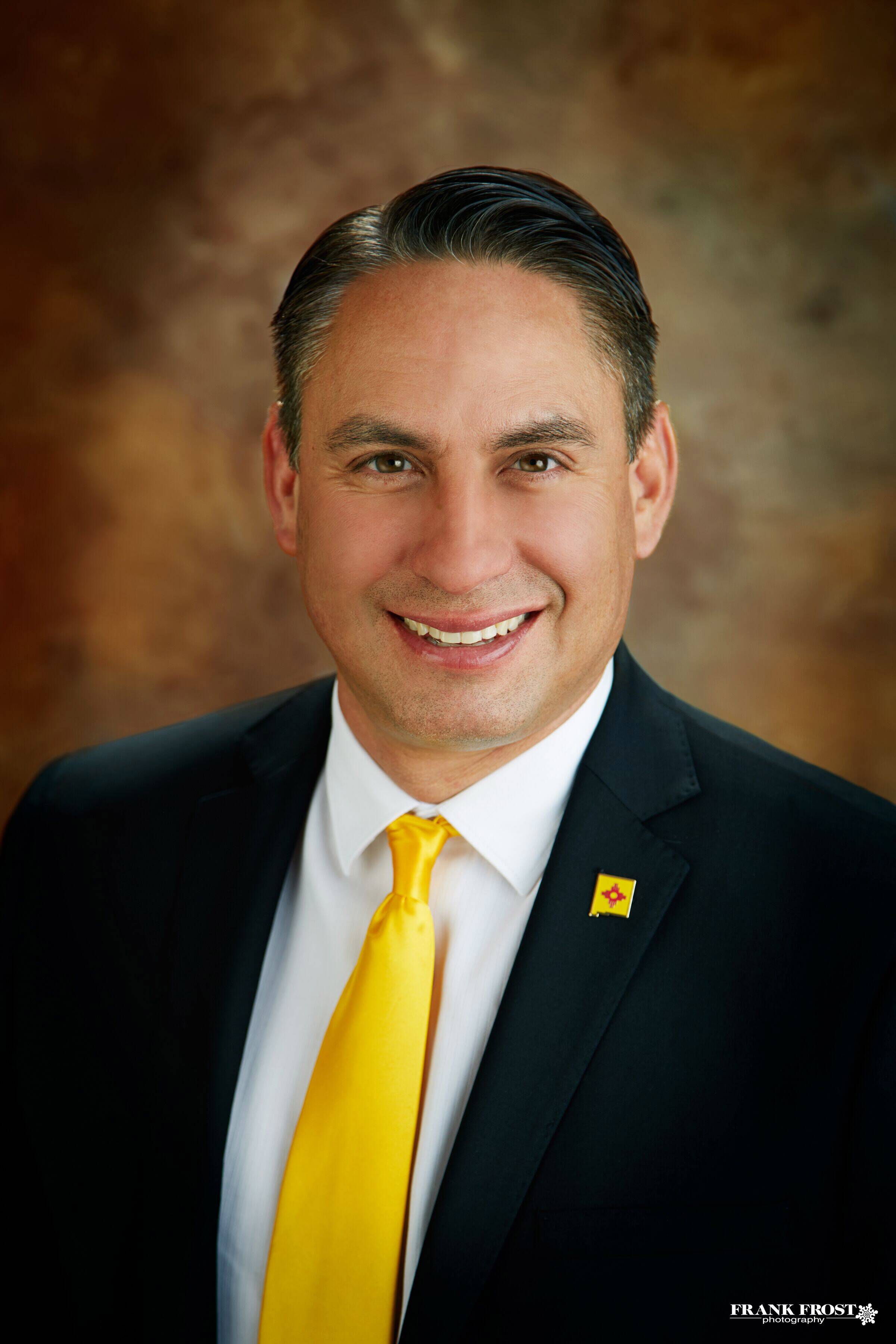 Lt. Gov. Howie Morales was raised in Silver City, New Mexico. As a teenager, he worked to help support his family and was the first in his family to attend college. He earned both a bachelor’s and master’s degree in bilingual special education from Western New Mexico University, and attained a doctorate from New Mexico State University. Lt. Gov. Morales taught special education in Silver City and in the Cobre School Districts and was a high school baseball coach. He was elected to the office of county clerk in Grant County in 2005, where he oversaw the modernization of the county’s voting systems. In 2008, Lt. Gov. Morales was appointed to fill the state legislative seat formerly held by Sen. Ben. Altamirano. Later that year, he ran for and won the seat. During his time as a state senator, he served on the Legislative Finance Committee and worked to improve New Mexico’s public education system. He was elected to the office of Lieutenant Governor of New Mexico in November, 2018. 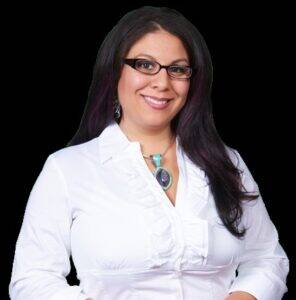 Laura M. Montoya was sworn into office on January 1, 2023 as the first female State Treasurer of New Mexico and the first Latina State Treasurer in the U.S. Montoya was born, raised and educated in Northern New Mexico, earning her bachelor’s degree in Political Science and Psychology with a minor in Sociology and her master’s degree in Public Affairs from New Mexico Highlands University.

Serving New Mexico for more than two decades in federal, state, tribal and local government, she worked under U.S. Senator Jeff Bingaman, Treasurer Douglas M. Brown, and Treasurer James B. Lewis, and was elected to two terms as Sandoval County Treasurer. Montoya has worked in several capacities in both the New Mexico House of Representatives and the New Mexico Senate, in addition to serving as the vice-chair of Finance, Pensions and Intergovernmental Affairs, chair of the Next Generation of Young Elected Officials, and several other boards and committees.  She is an advocate for financial literacy and teaches finance and treasury classes to county and city employees, elected officials, and union members. 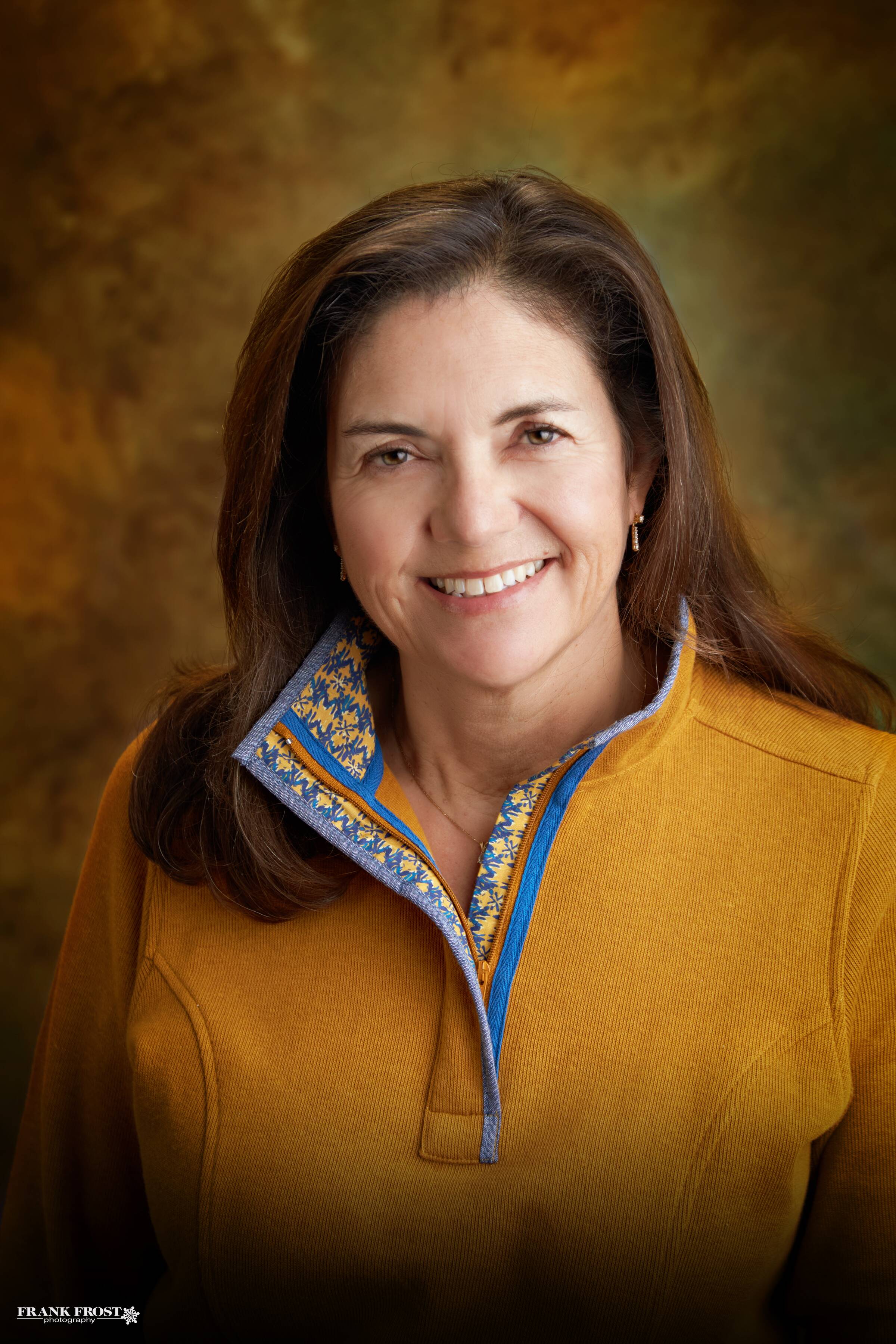 Dr. Patricia A. Sullivan serves as associate dean in the College of Engineering at New Mexico State University with a joint appointment as Director for Strategic Initiatives in the Office of the Chancellor.  Dr. Sullivan received her PhD in industrial engineering, a master’s degree in economics and a bachelor of science, all from New Mexico State University. Currently, Dr. Sullivan serves on the Western Interstate Commission for Higher Education, is a founding board member for Enchantment Land Certified Development Company, and has been actively involved in the Mortgage Finance Authority as a past board member and current member of the tax allocation review committee.